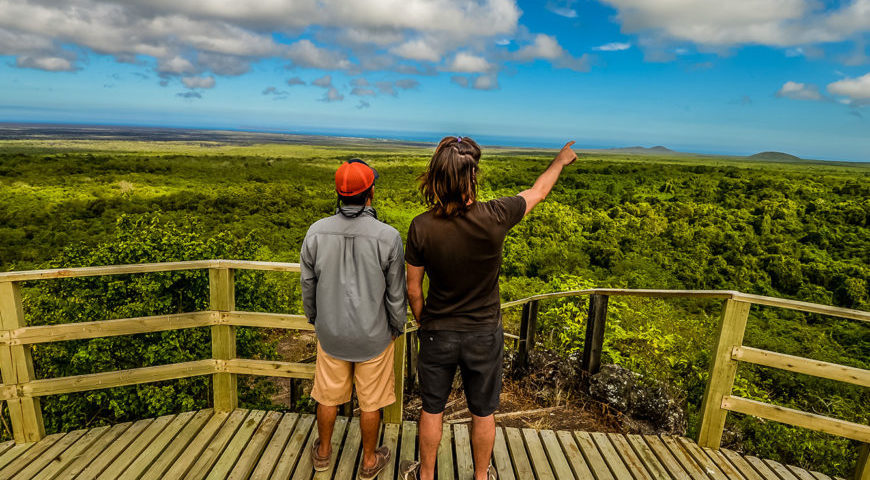 To all who visit it, the Galapagos National Park is as visually stunning as it is scientifically important. The 7,970 square kilometers (a total of 97% of the terrestrial part of the islands) of protected volcanic lands are unique for their wildly diverse lunar landscapes and the amazing animals who dwell there, a live laboratory in which every one of the specimens and case studies is a work of art. To Diego Bermeo, it is precisely this beauty that holds the key to the archipelago’s conservation and survival. 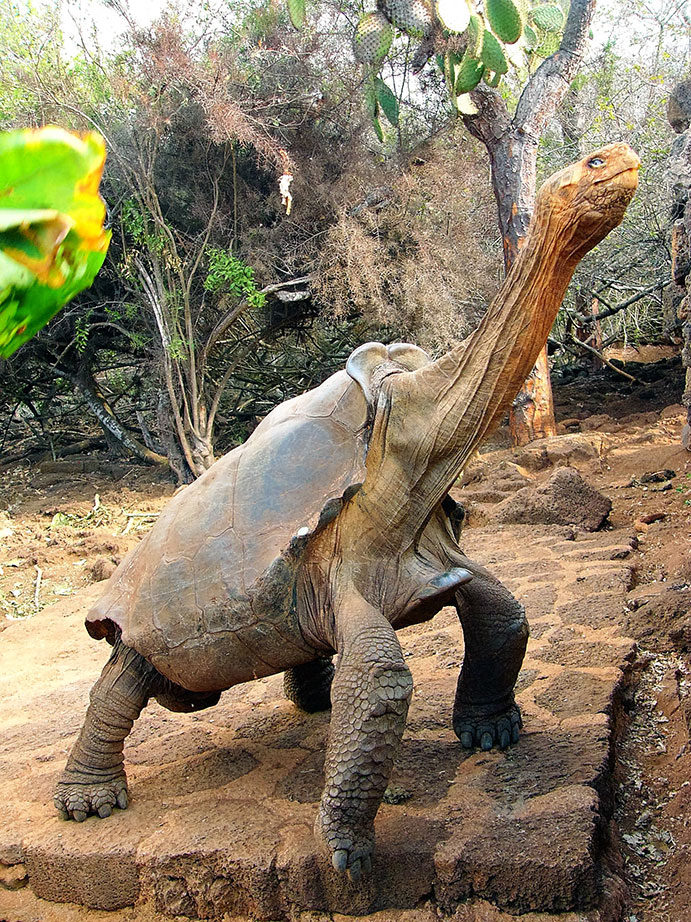 Known as the Galapagos Photographer, Diego uses his camera to spread the message of protecting this natural hotspot, to document the important work conserving and restoring the archipelago, and to inspire younger generations to take up the Galapagos Islands environmental cause. Having arrived in the Galapagos as a 28-year-old in 2009, in 2012 he joined the communications team of the Galapagos National Park Directorate, the public institution belonging to the Ministry of Environment in Ecuador. Today, living on San Cristobal island with his family, Diego feels lucky that his job entails traveling the islands, capturing those exceptional moments that have never witnessed before.

“Galapagos is a paradise where you can enjoy life and all its natural wonders. The beauty of the archipelago is that it allows you to understand how important it is to care for each corner of this planet,” he says.

An important part of Diego’s role is documenting the daily conservation, restoration and protection activities of the Galapagos National Park guards and the scientists of the Charles Darwin Foundation, who work together with local communities. One such project, that has been particularly successful, is the Giant Tortoise Restoration Initiative which aims to restore populations of these grand old giants to their ‘historical distribution and numbers across Galapagos,’ including on islands where tortoises have gone extinct.

Diego has been there to capture all the phases from breeding in captivity, collecting the eggs, raising baby tortoises in captivity before finally releasing the little soon-to-be giants back into the wild. The initiative is proving successful, though every one of the islands’ species is deemed ‘critically endangered’, ‘endangered’ or ‘vulnerable’, and two species, the Floreana and Pinta, have died out forever.

Like a war journalist chronicling the unseen battles out on the field, Diego’s photography here is critical for raising awareness. His reach is massive: his Instagram account, Fotografo de Galapagos (@fotografodegalapagos), has 17.6 thousand followers – 17.6 thousand people who each day gain unprecedented access to the islands through Diego’s lens.

“Photography is also a link between the tourist, the businessman, the student, the fisherman, the house wife, the normal citizen, and conservation, through images that capture and tell a story. And the link is even stronger when it is they themselves behind the lens.”

Getting people behind the lens in the Galapagos National Park has become his goal in recent years – especially young people. In 2014, he began the Young Photographers of Galapagos project, an initiative to take students from Santa Cruz out onto the field to photograph the Galapagos National Park animals, scenery, and projects. Combining the fieldwork with technical classes, Diego hopes to open up their minds and hearts to the beauty and fragility of the islands, explaining “I understand that I am not going to change the archipelago with my photography, but I can educate the future leaders to do it with theirs.”

Not only does the course allow 12-16 students each year access to the parks and cameras, but it then displays their work, giving the youngsters a sense of ownership of the islands and pride in their art. A Young Photographers of Galapagos graduate, Abraham Bonilla, says:

“To be part of this group like I was last year was special; sharing photographs of our islands in the Casa de Cultura in our capital city, where approximately 200 students from different institutions visited us. Not only did they see our photos, but we in turn shared with them how much we had enjoyed caring for nature through photography.”

Learn from the harmony of nature

Diego’s own photos of the Galapagos National Park, which have been displayed in Ecuador, Spain and Mexico, are ethereal and surreal: the scarlet feet and blue beak of a red-footed booby against an ashen background, a school of golden rays in dreamlike waters, sea lions popping up their heads from the rocky waters around Punta Pitt. Over his years of roaming the archipelago, he has developed a deep affection for it, snapping again and again both the new and familiar, always with different results.

“I can photograph the same beach a million times and each time I can have a different emotion, so each photo is different. La Ratonera is a beach that I am really fond of because it is near my office in the National Park in Santa Cruz: it’s my escape and relaxation place where I love taking photos after a day of work.”

Around the islands, more than 45 bird species, 42 reptiles, 15 mammals, 79 fish are endemic, found nowhere else on Earth and the Galapagos Photographer marvels that they can all live in peaceful congruence with each other, their environment and the humans living in the tiny settlements.

“If you want to see a place where nature teaches you to live in harmony,” he says, “Come to Galapagos.”

For more information about Diego and his work, visit www.fotografodegalapagos.com

Please use the form below to request exclusive information on our offerings in the Santander region in Barichara, Colombia.